Kathleen Acock is the Chief Executive Officer of Alpha Building Corporation and a pioneer of the Job Order Contracting construction delivery method. As CEO, Ms. Acock is responsible for company oversight where she offers her experience, knowledge and guidance to propel the firm forward. Her management approach is based on the ethical and guiding principles her father laid down when he founded Alpha almost 50 years ago. Her day to day activities include client interfacing, business development and marketing.

Kathy began her construction career with Alpha in 1977. Her first project was through Alpha’s contract at Johnson Space Center in Houston. She then went to work at the corporate office where she worked in the accounting department, developed a marketing department and by 1986 served as a Project Manager for two large municipal projects in Houston.
Following the successful acquisition of four multi-year construction service contracts in San Antonio she relocated to San Antonio and opened the first branch office. This success was followed by acquisition of an important multi-year contract for Texas A&M University in College Station, which was the first major university to embrace the job order contracting delivery method. Mobilization of these contracts required Kathleen’s strong leadership abilities for team building, hiring, office mobilization, establishing client communications and meshing Alpha processes with those of the client. She became President of Alpha in 1992 and became an owner of the firm in 1993. After a successful 25 years as President, Kathleen was promoted to CEO.

Ms. Acock graduated from the University of Houston at Clear Lake. 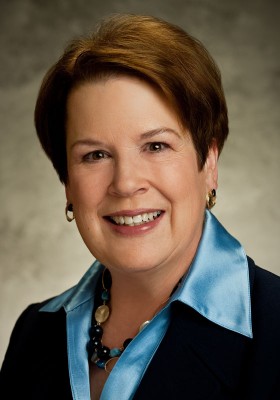